Great finish with the right moldings

Home||Uncategorized||Great finish with the right moldings
Previous Next

Great finish with the right moldings

When you choose moldings, you are free to decide what you want. Still, there are some small things to consider before making the choice.

For some, moldings do not matter, but for others it’s their own frame of their work. The first to consider is whether you want the moldings to be a part of the wall or the floor.  In the past, people often chose white moldings, but in recent times it has become trendier to get the same color on walls and moldings. This can help to create a more comprehensive profile in the room.

Moldings can both highlight and hide the transition from frame to wall or floor. Many chose moldings to frame and create distinctive features. Around doors, many would like to use moldings to emphasize. White moldings around doors, with stained walls accentuate the door, creating contrast from the dark stained walls. What you should think about when choosing white moldings on a dark wall, is that the moldings suddenly can look very thin. Then it can look better with a slightly wider and profiled list, which creates and nice contrast from the dark walls, as in the picture below. 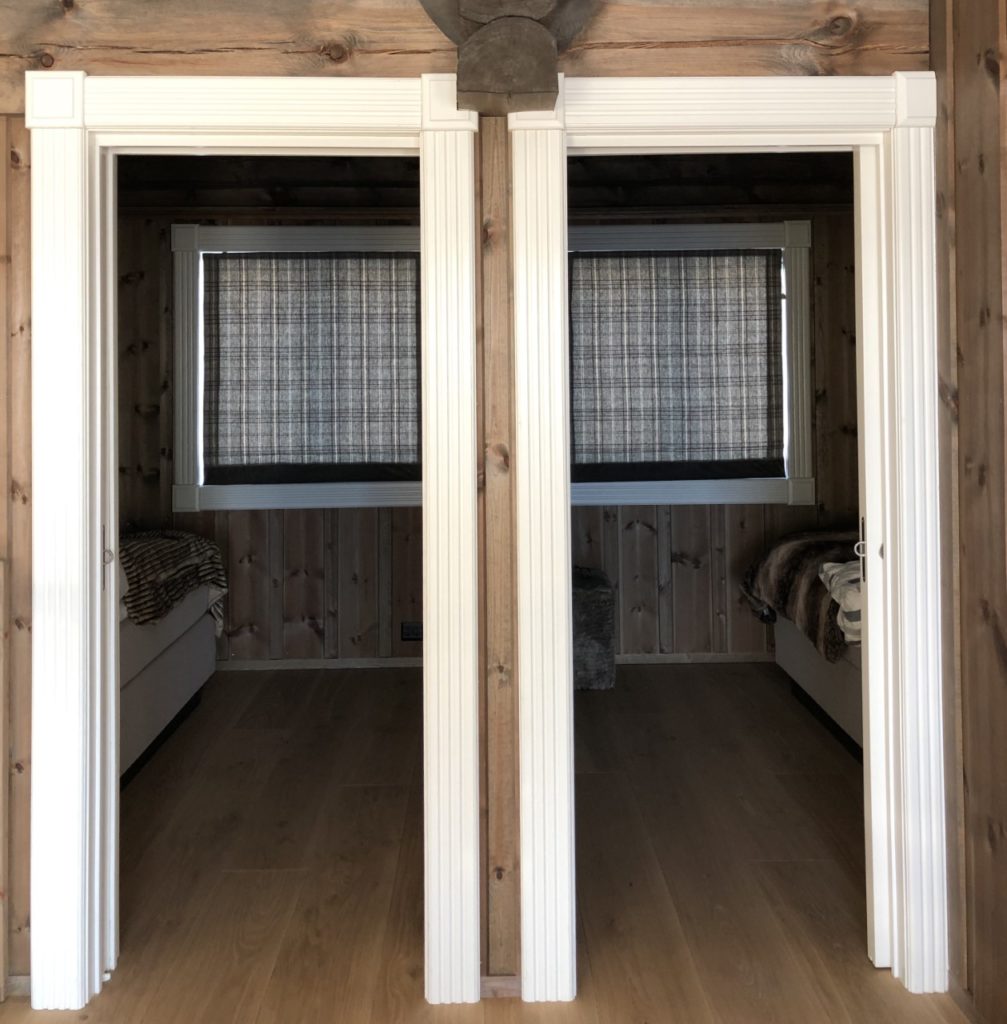 A great way to use moldings is to choose the same color for the moldings and finishes as the rest of the room. It will in many ways create a more whole expression. At the same time staining or painted moldings may be easier to keep clean. If you choose a simple molding without a profile, it will be easier to be a part of the room, rather than the lists attracting attention. Painted moldings in the same color can give a quieter expression, at the same time emphasizing the view even more. To let  the moldings follow the color of the walls will gladly lift the wall slightly, giving a feeling of a larger and taller room. 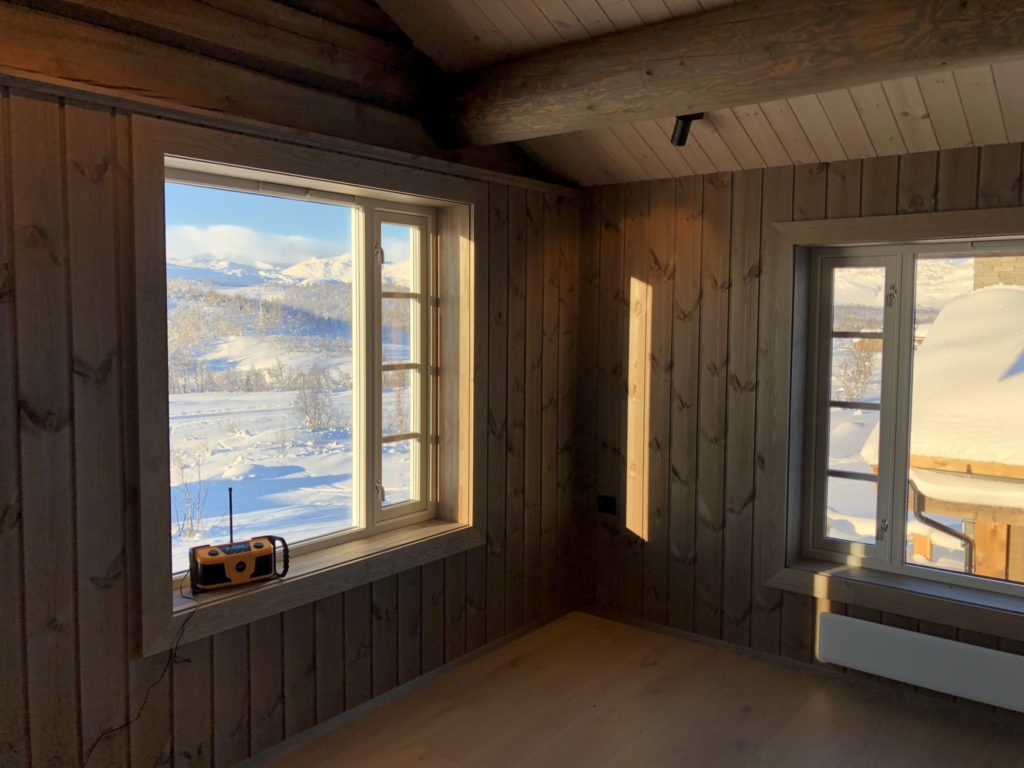 Tone-in-tone with the same color on walls, moldings and finishes. 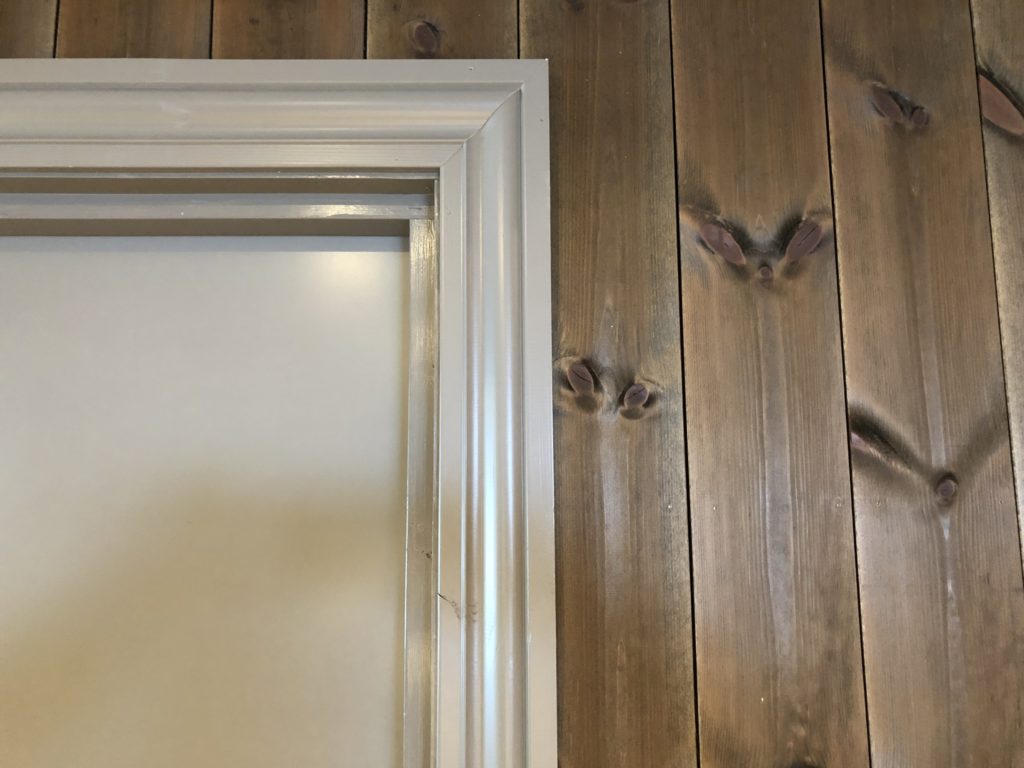 Making use of a retracted skirting is also an option. It will give the house or cottage a clean and minimalist look and is much easier to clean. You avoid the glitches that often appear between the panel and the moldings, which is exposed to a lot of dust. 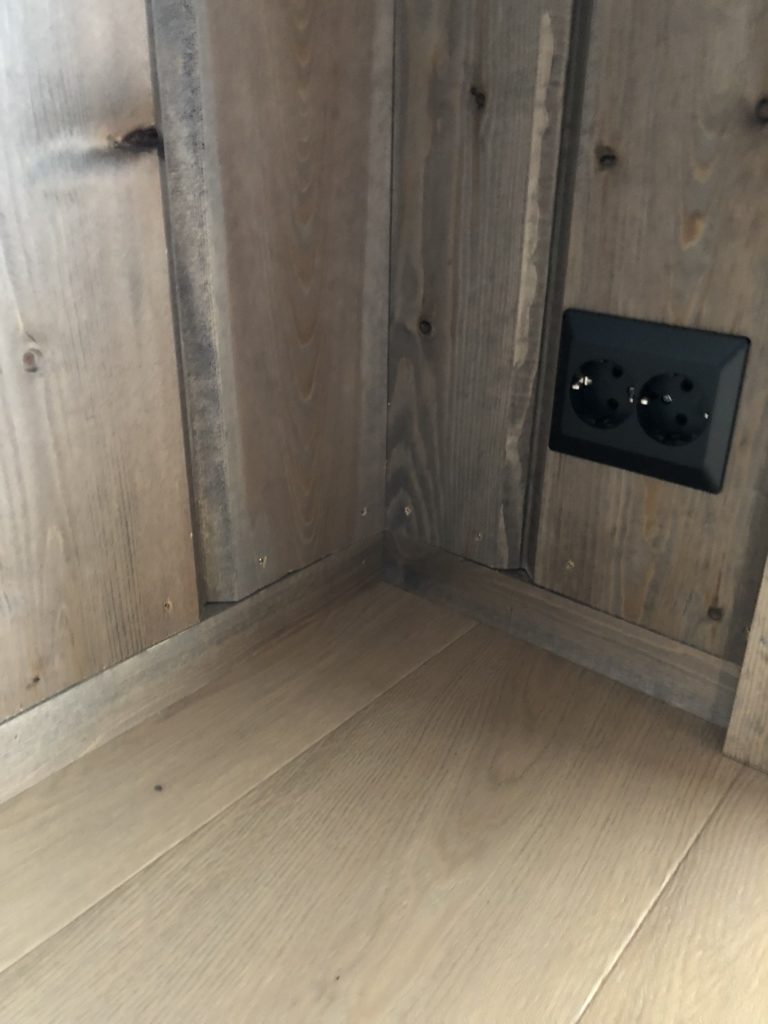 Vyrk supply a wide selection of moldings, both simple and with profiles. As a customer you can choose our unique colors. An equal color of moldings and walls is currently very popular, and to avoid excessive color differences on moldings and panels, it is an advantage to treat them at the same time. If you want a closer look at moldings, both simple and profiled, which we supply at Vyrk, take a look here.

This website uses cookies to improve your experience while you navigate through the website. Out of these cookies, the cookies that are categorized as necessary are stored on your browser as they are essential for the working of basic functionalities of the website. We also use third-party cookies that help us analyze and understand how you use this website. These cookies will be stored in your browser only with your consent. You also have the option to opt-out of these cookies. But opting out of some of these cookies may have an effect on your browsing experience.
Necessary Always Enabled
Necessary cookies are absolutely essential for the website to function properly. This category only includes cookies that ensures basic functionalities and security features of the website. These cookies do not store any personal information.
Non-necessary
Any cookies that may not be particularly necessary for the website to function and is used specifically to collect user personal data via analytics, ads, other embedded contents are termed as non-necessary cookies. It is mandatory to procure user consent prior to running these cookies on your website.
SAVE & ACCEPT
Go to Top